Twitter @thanneken used for news about the Jubilees Palimpsest Project

Theological Questions (Atla Open Press 81; 2021). https://doi.org/10.31046/atlaopenpress.81. This Open Educational Resource (OER) can be continuously expanded, revised, and remixed by anyone through the open-source repository on GitHub.

Scholar of ancient Jewish literature and history of reception

My work outside digital humanities tools for manuscript study focuses on how literary expressions of theological ideas were received and reconceived over the centuries. In other words, I work on texts in the Hebrew Bible, Old Testaments (plural), and writings on the margins of authority and canonicity. I study how they were composed from earlier traditions and received by later authors and communities. The marginal literature in particular casts light on the emergence of our concepts of “Scripture” and “Interpretation.” Colleagues in the field who know the work of my teachers, James C. VanderKam, James L. Kugel, and John J. Collins, will see their influence on all my work.

I am particularly interested in the Book of Jubilees, a Hebrew work from the mid-second century before the common era that was authoritative for several communities but rejected in the rabbinic Jewish tradition. It stands out as a lengthy, well-developed, and well-preserved exemplar of one understanding of Judaism in the wake of the Maccabean Revolt. It demonstrates the shaping of Jewish literary traditions, and its influence evidences a traditional authority parallel to scripture.

My dissertation, directed by James C. VanderKam, was thoroughly revised into my first book, The Subversion of the Apocalypses in the Book of Jubilees. I argue that Jubilees uses the literary features that mark apocalypses (angels, judgment), but uses them to confront and reject the theological claims typically made about them (angelic evil and interference, deferred judgment).

Most of my publications other than digital humanities (listed below) fall into three categories: introductory surveys of Jubilees, how Jubilees uses its sources, and how Jubilees is used in later sources. The tertiary articles are in Early Jewish Literature: An Introduction and Reader (Eerdmans 2017), The Blackwell Companion to the Old Testament Apocrypha and Pseudepigrapha (forthcoming), and Textual History of the Bible (Brill 2019). The articles on how Jubilees uses its sources for legal exegesis and response to the theological implications of apocalyptic literature have appeared in Testing and Temptation in Early Jewish and Christian Literature (2020), Journal for the Study of Judaism (2015), The Fallen Angels Traditions (2014), God, Grace, and Creation (2010), and Henoch (2006). The articles on the influence of Jubilees on the Dead Sea Scrolls and New Testament have appeared in Catholic Biblical Quarterly (2015), and A Teacher for All Generations: Essays in Honor of James C. VanderKam (2012).

Manuscript images and information about Latin Moses (Latin Jubilees and the Testament of Moses) and the technology that is bringing hidden information to the web. (jubilees.stmarytx.edu)

All project images comply with IIIF standards so can be viewed and annotated in Mirador or other standards-compliant environments. (jubilees.stmarytx.edu/mirador) 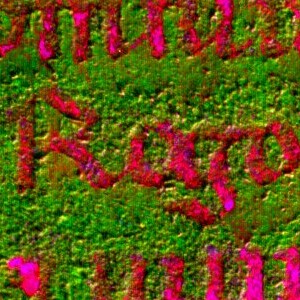 Guide to the complete process of capture, processing, and publication of images that combine spectral color enhancements with texture imaging. (jubilees.stmarytx.edu/spectralrtiguide)

The Jubilees Palimpsest Project has been supported by startup and implementation grants from the National Endowment for the Humanities, Office of Digital Humanities.

All videos are voice over slides or screen capture (see below for public lectures on YouTube).

“Introduction to Mirador and Other Tools for the Study of Latin Moses (Jubilees and the Testament of Moses),” The Jubilees Palimpsest Project, June 2018. (LINK)

“The Jubilees Palimpsest Project,” Presented to the Society of Biblical Literature, November 2017. (YouTube)

“The Future of Biblical Scholarship in a Digital Age,” Presented to the Catholic Biblical Association, August 2016. (YouTube)

“Spectral RTI Technology for the Recovery of Erased Manuscripts from Antiquity,” Technical report published electronically by the National Endowment for the Humanities and the Jubilees Palimpsest Project (2019).

Pre-publisher copies of articles for Brill Textual History of the Bible. Leiden: Brill (2017–2020).

“Integrating Spectral and Reflectance Transformation Imaging Technologies for the Digitization of Manuscripts and Other Cultural Artifacts,” Technical report published electronically by the National Endowment for the Humanities and the Jubilees Palimpsest Project (2014).

“Eying the Ancients: St. Mary’s Prof., Students to Use Technology to Read What the Early Church Tried to Erase,” by Elaine Ayala. San Antonio Express News and mySA.com. September 4, 2016. Print and online.

“A Pair of Technologies Sheds New Light on Jubilees Palimpsest,” by Steve Moyer. Humanities: The Magazine of the National Endowment for the Humanities. 36.4 (2015). Print and online.

“The Next Generation of Digital Tools for the Study of Manuscripts,” Recent Developments and the Future of Scholarship and Teaching Ancient Scribal Heritage, University of Notre Dame, May 2018 (LINK)

Inscriptions of Israel and Palestine https://library.brown.edu/iip/

The Association for Computers and the Humanities

La Biblia y su Tradición, The Bible and Its Tradition – Collaboration to promote love of Scripture in the languages of the Southwest

Source of Light Center at University Presbyterian in San Antonio, board member 2013-2016 and presenter

Dioceses of San Antonio and Austin, speaker at various events and workshops